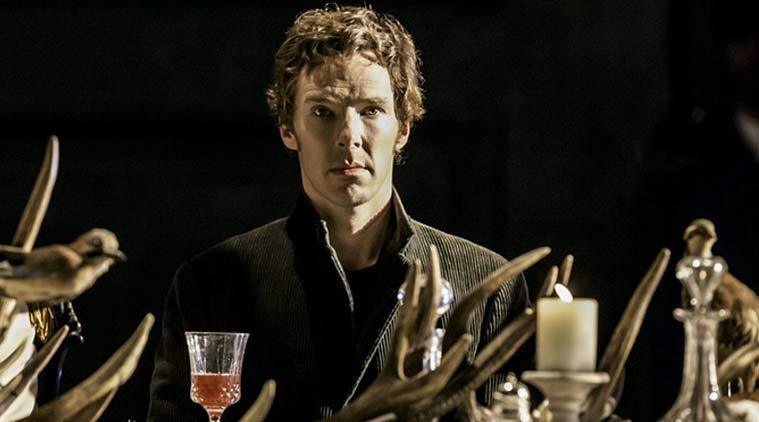 If you haven’t heard yet, the word on everyone’s lips has been Hamlet, the theatre production taking place in London’s Barbican Centre. Starring Sherlock’s Benedict Cumberbatch as the lead role, the production has been reported on a daily by the press, with mixed reviews on this contemporary take on Shakespeare’s classic, to controversy over whether Mr Cumberbatch will or will not accept gifts or sign autographs at the stage door (latest news is that, he is). Our Key Accounts manager, Catherine shares her view on the most talked about production of the year…

‘Hamlet is taking the Barbican, and London, by storm at the moment.  The record breaking speed at which these tickets sold out and the queues at the Barbican every morning of those desperate to be in with a chance of getting their hands on the last remaining tickets is, in part at least, due to the current ‘man of the moment’ Benedict Cumberbatch.  He certainly does not disappoint in this role and electrifyingly leads a fantastic cast, with strong performances by all.  The set is simply magical, with a humongous dining table dwarfing a grand piano on stage, and plenty of space left over for a toy castle, a wheel on stage, rubble, oh and the odd glitter cannon.

‘This is Hamlet in a hoodie, listening to modern music and dancing on the table, but somehow it all makes sense!  From roaring with laughter, to despairing at the unfolding tragedy, the audience are enthralled from start to finish by Shakespeare’s longest play.  There are, of course, some controversial elements to this production, notably the ‘To be, or not to be’ soliloquy, which is one of the most famous speeches of the English Language, being the opening speech of this production and which is not repeated at Hamlet’s lowest moment in Act III, where it normally belongs.  A bold step indeed from Lyndsey Turner, the Director, but certainly one that grabs the audience’s attention as soon as the curtain comes up and keeps them hooked until the sweaty and exhausted Cumberbatch takes his bow at the end.

‘This is an enthralling production, and Benedict Cumberbatch delights from start to finish – well worth queuing all day for in the Great British Summer!’